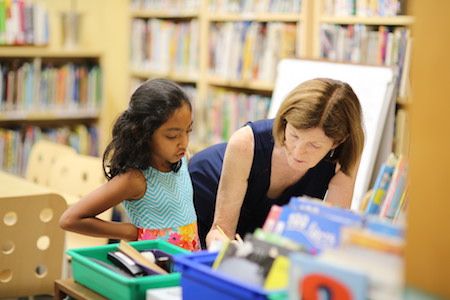 We are making a variety of efforts to reunite this very special body of people - to reconnect and to share stories, to rediscover the heritage of our school, and to celebrate what this school has really accomplished - through the children it has served.

Alumni are welcome, of course, to stop by anytime to visit and to participate in any way they wish in various activities of the school. If you are an alum who has not yet reconnected with us, please make contact with our Alumni Relations office or find us on Facebook at your earliest opportunity. We would love to hear from you!
CMS Webster O'Brien 5k
Webster O'Brien was a beloved member of our community. He is the father of two CMS alums, husband of a former CMS teacher, and served as chairman of the board for four years. Webster believed strongly in Montessori education and our school would not be what it is today without his leadership and guiding hand. He was also instrumental in developing the athletics program, and so the 5k was started as a way to honor Webster and build on his legacy. All proceeds from the 5k will go toward the Webster O'Brien Travel Scholarship Fund. A travel stipend will be given annually to a CMS alum that has graduated from our middle school program. We were able to give a $1500 travel stipend to last year's scholarship winner, and are looking to build on that this year with even more participants.